Introducing: Something Witchy by A.J. Myers 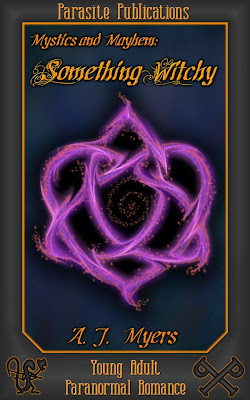 Here's an excerpt of Chapter 1

AJ Myers lives in her own little world—but according to the IRS, she resides in Arkansas—with her awesome husband, four amazing teenagers, and a crazy cast of family and friends.  She’s always interested in hearing from readers, so look her up!


You can also see what’s new for the Mystics & Mayhem series by following us at:


Parasite is hosting a huge even in celebration of the release of Something Witchy on Facebook,as well.


Interview and Giveaway hosted by 1000+ Books to Read