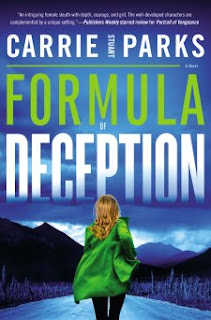 An artist hiding from an escaped killer uncovers one of World War II’s most dangerous secrets—a secret that desperate men will do anything to keep hidden.
After the murder of her twin sister, Murphy Anderson changed her name and appearance and moved to Kodiak, Alaska, to avoid the press and publicity. But when local authorities discover she’s an artist and request her help in drawing a dying man’s memories, she unintentionally ends up in the limelight again—and back in the killer’s crosshairs.
The deathbed confessions of an Alaskan hunter have Murphy drawing the five bodies he discovered on remote Ruuwaq Island ten years ago. But what investigators find has them mystified. Evidence suggests that the bodies were deliberately destroyed, and what they uncover in an abandoned Quonset hut from World War II only brings more questions.
As one by one the investigators who were at the hut die, Murphy knows there is something much darker at stake. What happened on this island during the war? And who is willing to kill to keep its secrets buried?

“I love Carrie Stuart Parks’s skill in writing characters with hysterical humor, unwitting courage and page-turning mystery. I hope my readers won’t abandon me completely when they learn about her!” —Terri Blackstock, USA TODAY bestselling author of If I Run, If I’m Found, and If I Live

I really don't read too many mysteries, but I have to wonder why because I definitely enjoyed this one. It was fast-paced and had a very intriguing yet complex plot. I was trying to piece together what happened to Murphy and her sister in the past while simultaneously trying to figure out what in the world happened with this cold case she's investigating that has someone killing people now. The suspense was definitely palpable and kept me wanting to read as fast as I could to find out more. At times I felt there may have been a bit too many characters to keep track of and wasn't always quite sure of who was a friend and who may be secretly working against Murphy. There were many discoveries and twists throughout that kept things fresh but ultimately I felt that not all of my questions were answered and that somethings could have been fleshed out just a tad more. There was only a very small mention of a possible love interest. I usually like a bit more romance but I did like that I got to see it come to fruition in the end. Plus with everything else that was going on any more of a romance may have made things feel a little too busy. Overall I really did enjoy the story though and would be interested in trying out more of this author's books.

** The publisher has provided me with a complimentary copy of this book or advanced reading copy through BookLook Bloggers. **
at 10:30 AM