Cover Reveal: Light of the Spirit - book 4 of The Muse Chronicles by Lisa Kessler

LIGHT OF THE SPIRIT – Book 4 in The Muse Chronicles
The gods never sleep...As the mortal vessel for the Muse of Comedy, Lia Youlos lights up every room with laughter and smiles. But there are darker forces at work, and they want to snuff out her light forever.Cooper Hanover is a hardworking paramedic who healed Lia after a fire, but something happened that day, something medical science couldn't explain. And if he doesn't figure out how it works soon, the next healing could kill him.Lia's smile and sharp wit tempt him to love again, and he's not going to let anyone, not even the gods, take her from him.The Prophecy - "Every generation the nine daughters of Zeus are reborn, and with their rebirth are also nine Guardians. They will be marked by the gods, and given gifts to protect his treasure. Their abilities will only be unlocked when they find their muse."
Amazon iBooks KOBO B&N 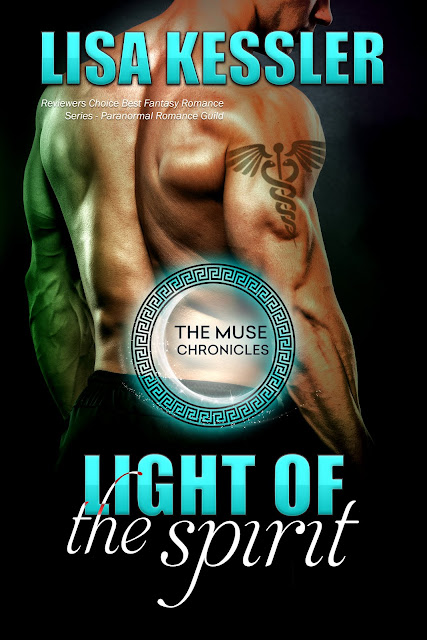